Katrina is a housewife who has been living a miserable life since her childhood. She lost her mother when she was eight years old. Her irresponsible father abandoned her together with her three siblings after the death of their mother. She was raised by some well-wishers who could not even afford to pay for her education. As a result, she dropped out of school at a tender age. Even in her marriage, life has not been easy due to poverty. Her husband earns little (through piece works) and it has been difficult to raise her children and send them to school due to economic hardships in her family. She entirely depends on her husband in everything; a situation she says has contributed much to their poverty. Katrina vows to get rid of poverty once she gets an opportunity to get an education at RWYS and become a seamstress. She believes this will transform her family and bring a bright future for her children. 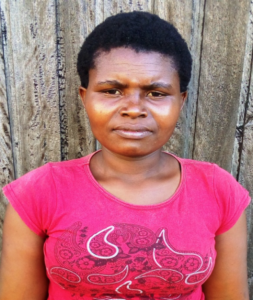 Thank You!
Your message has been sent successfully.